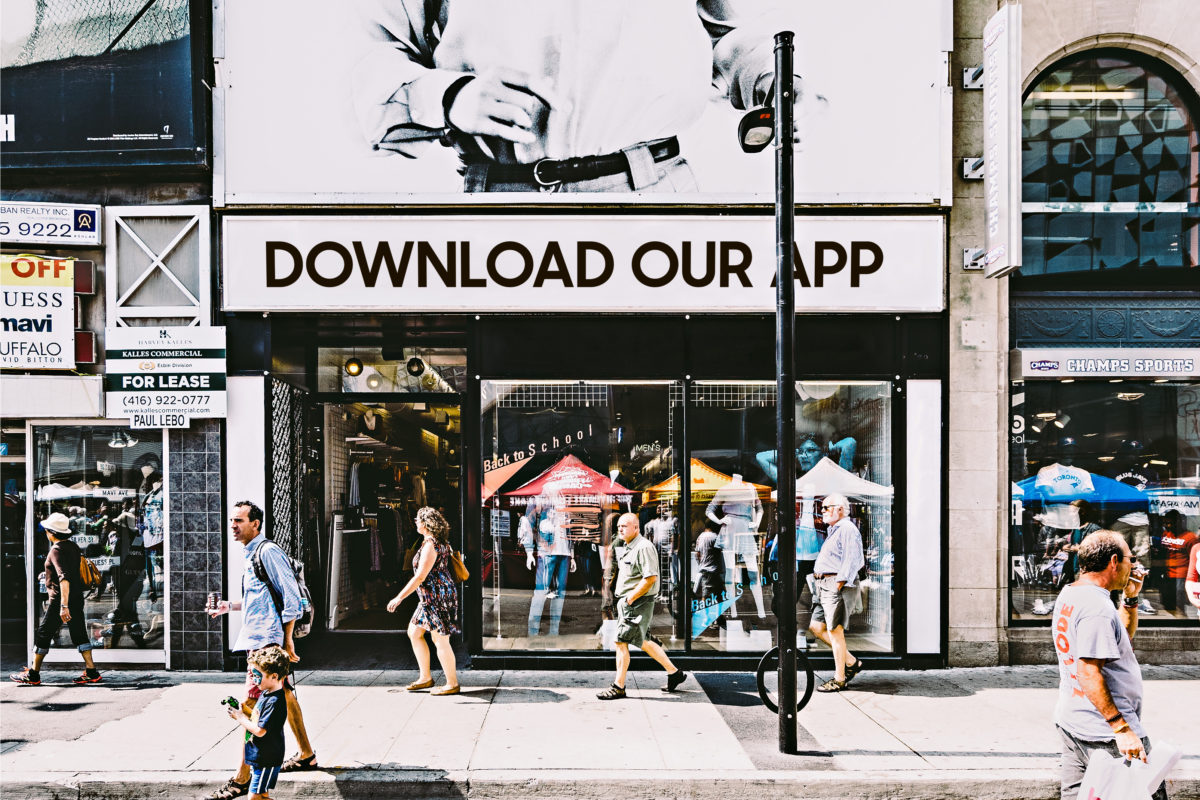 The original title of this post was “You Don’t Need An App — You Need a Website That Works”. I changed it because I’m not anti-app. I’m pro mobile experience. As a self-admitted smartphone addict who’s designed lots of online experiences (including mobile apps), I completely understand the temptation for website owners and business owners to commission an app to be made. An app can increase market visibility, control the experience better, provide functionality that’s tricky to do online, and create a direct marketing channel with customers — the list goes on. A lot of companies have had enormous success with their apps. But the mobile web has come a long way in recent years, and the conventional wisdom that led many companies to make their mobile apps applies to a mobile web that no longer exists.

In short, just because your business or website can make an app, doesn’t mean that it should.

Ten years ago mobile browsers were limited, unpredictable, and using them was a pain. Attempts at making a website that worked well on all the different types of cell phone models usually resulted in an ugly stack of links and slow loading images — reminiscent of the early 1990s internet. Naturally, many companies turned to the walled garden of platform-specific mobile apps, hoping to future proof their brand. And at the time, that was a very smart choice since an app was really the only way to deliver a decent experience to mobile users. But this trend led many to falsely conflate having a mobile app, with having a good mobile user experience. The two are not the same thing. It won’t matter whether or not your business has an app if the overall mobile user experience is bad — even if the app itself is top notch.

I buy a lot of domains. Probably too many.

A lot of domains for my older projects I bought from Namecheap. They’re often running tld sales, and they were one of the first registrars to offer free domain privacy. They also have an app available that lets you manage your domain registration, register new domains, manage dns, whois contacts, and interact with their 2FA. It’s really cool how much they let you do on your phone. There’s only one thing that I don’t like about this app: it shouldn’t exit.

To get these features, I shouldn’t have to download a 53 MB app, that starts every time my phone turns on, and has the ability to read my contacts, access my SD card, and access my location at any time. To be clear, I don’t think this app does anything malicious or deceptive. In fact, this app is very useful and I’m glad to have access to the features it gives me. But there’s nothing the app does, that couldn’t be integrated into a website. If all of the app’s functionality existed at namecheap.com for mobile, I would like it so much more and Name wouldn’t lose out on anything.

But doesn’t having the app on your phone’s home screen provide more visibility to Namecheap that ultimately leads to more domain purchases, more loyalty, and more interaction? Yes, it does. But it’s all possible without an app. If an interstitial reminded users to save the website to their home screen Delta would get the same exposure without making users download additional software or sign into an App Store account.

This is literally what progressive web apps are. They load like regular web pages but they work offline, allow for push notifications, and the kind of device hardware access you used to have to rely on on native mobile apps for.

You said you aren’t anti-app. But it’s kinda seeming like you are tho. I think apps are great. But “please download our app” is not an adequate substitute for a good mobile experience. Mobile apps should supplement not replace mobile sites.

There’s something about telephone spam that makes me more upset than other types of spam. Perhaps it’s that physical mail can be trashed quickly and email spam can be blocked and filtered out.

But telephone spam is harder. Robo dialers can’t really be blocked directly, since they don’t call from real phone numbers, and “do not call” lists don’t work. You can block a number, but since robo-dialers don’t call from real numbers, that doesn’t work. Some people just ignore calls they don’t recognize, but ignoring calls just to miss the bad ones seems like kind of a nuclear option.

I used to have a serious problem with phone spam since I sign up for a lot of online services (and companies often aren’t careful with that data). Here are some of the methods I’ve used for reducing phone spam, and now it’s not a problem at all for me.

It might seem too easy, but one of the biggest ways to prevent spammers and scammers from calling you is to make sure you don’t list yourself online anywhere.

Whenever signing up for something that asks for your phone number, avoid it if at all possible. Be especially careful when it comes to online petitions or political donations online. Those two often list the full information of all donors or “signers” online including the personal information like address and phone numbers.

Even those who don’t list your info online, will often call you later on asking for more donations. (It’s why they asked for your number in the first place). As the saying goes, no good deed goes unpunished. So choose your charities, and your petitions wisely.

And while we’re on the subject, online petitions are just a data scam anyway. Politicians and large companies don’t read or care about petitions. They’re just yet another way to retarget ads at you and they aren’t worth your time.

Domain registration is another one to watch out for. Be sure that your registrar has “domain privacy” and be sure that you’re using it. ICANN requires that there be a publicly available database of domain information that lists contact info for any given domain. Domain Privacy allows the company you registered the domain through to list their contact in place of yours so your personal address and phone number aren’t in a publicly queryable database.

If you own any domains and you aren’t sure if you’re using online privacy, look up your domains using a WHOIS tool like centralops.net and see what comes up.

Get a Phone Spam Filter

Yes, they exist. And the best and most convenient one in my opinion is Google Voice. Google Voice allows for an option called “Screen Calls” which forces anyone not in your Google contacts to “press 1” before being connected. Simple enough for a person, but it all but eliminates robo-callers.

For an even more aggressive approach with Google Voice, you can block all calls not coming from google voice, and then only use Google Voice dialer to see incoming calls. If you don’t want to change your number, you can even port your number to google (although it costs $20 USD to do so).

As an alternative, another filter to consider is called Robo Killer. It’s an app that will screen your calls for you and block the ones it thinks are risky.

Fight Back with Jolly Rodger

I use the Google Voice method and it’s pretty effective. But for the occasional human telemarketer that manages to get through, there’s actually a service that makes getting spam calls kind of fun. And I mean that! It’s called The Jolly Roger Telephone Company and it’s honestly one of my favorite online services.

It’s absolutely genius. This company has created bots that listen for human conversation, and try to fill up as much time as possible. So when you get a spam call, you just forward the call to a Jolly Roger bot, and the bot will keep the telemarketer on the phone for you as long as possible. They even email you a recording of the call so you can listen in on a frustrated telemarketer talking to the bot.

The voices are extremely convincing and they are programmed to reply to things like pauses in speech and and with other subtle speech patterns that are enough to convince most people.

The longer a telemarketer is kept on the line, the more money they lose, and the world becomes a slightly better place! (Okay, maybe not really, but it’s great!) It wastes their time which was exactly what they were going to do to you, so it’s a pretty fair deal if you ask me.

I would highly recommend you sign up. They even have a free trial. This is one of the few products where I buy a subscription not because I need it, but because I really hope they stay in business because I sincerely believe in what they are doing.

In the not too distant future, bots will all but take over the telephone landscape and we will all have personal assistant bots who set up our appointments for us on the phone talking to other personal assistant bots. But this is a wonderful time to be alive when bots are just good enough to fool the human telemarketers that still exist.

So in summary, here’s how to avoid phone spam

And in conclusion, here’s the founder of Jolly Rodger talking about what the company wants to accomplish and how they do it.